What Your Movie Preferences Say About You, According to Researchers

Previous Next
What Your Movie Preferences Say About You, According to Researchers

While it is clear that we consume much media content on a daily basis, what is less evident is the characteristics of people who have a preference toward a specific genre. Much of the research done on this topic has focused on gender and personality characteristics independently as they relate to media preferences.

In the study: Who Watches What? : Assessing The Impact Of Gender And Personality On Film Preferences, researchers aimed to delve deeper into the combined effects of gender and personality traits as they relate to movie preferences.

They made use of what is known as the Big Five Framework. This is a framework that many contemporary psychologists advocate and that many researchers use to determine personality types based on movie preferences. 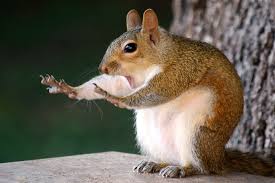 Individuals who chose the comedy genre were more open (more creative and adventurous) and slightly less conscientious (less attention to detail and disorganized). And females who showed a preference towards this genre (when both sexes did) were more open than males.

According to Kraaykamp et al (2005), this can be explained by the fact that comedy movies are often more original, they contain humor, their plot lines are unpredictable, and they challenge conventional ways of thinking.

According to the study, the lower agreeableness can be explained by the fact that people who dislike horror films are more agreeable and prefer a move that displays images of kindness and warmth (not brutality), that is in line with their personality traits.

With regard to lower levels of extroversion, this finding is perhaps a little puzzling as it has been suggested that extroverts tend to enjoy horror films. Finn provides a possible explanation by mentioning that extroverts avoid a lot of media consumption and gravitate toward social interaction.

Explaining why more neurotic people would favor horror films is difficult as the majority of research points in the other direction.

People who like action movies are more conscientious (hard working), less neurotic (less emotionally stable), and more open (creative and adventurous). And females who showed a preference towards this genre (when both sexes did) were more open than males, as with the comedy genre.

The levels of conscientiousness can be explained by the fact that such individuals often have a preference for familiarity. This is compatible with the predictable and familiar plot that is often associated with action movies.

Being less neurotic is supported by Conway and Rubin (1991) who state that people who are more neurotic will gravitate towards movies that are lighter (such as comedy) that free them from their neuroticism.

The results of the levels of openness seem to contradict other research. This can perhaps be explained by the fact that the predictable plot of the action movies is combined with original content, which would naturally appeal to open people.

More conscientious (hard working) and more neurotic (more emotionally unstable) people seem to favor romance movies. And males who showed a preference towards this genre (when both sexes did) were more open than females

They also provide happy endings, which provides comfort to the neurotic who may seek to break free from the tension and anxiety in his own life.

Greater openness can be explained by the originality often associated with these movies. The plots are often also very creative and appeal to the intellectual.

A plausible explanation for the second trait is that imagination and fantasy films go hand in hand. And imagination it seems is something introverts develop more than extroverts.

It seems then that your movie preferences may reveal more about you than you perhaps initially thought. The researchers acknowledge that there are some limitations with regard to the research (as is the case with any research) such as the sample (only British) and the data source (Facebook). But in reading this I am sure that there are some characteristics that do indeed hold true for you. And through further research more light will be shed on the topic.

More from our Movies & Books Section!